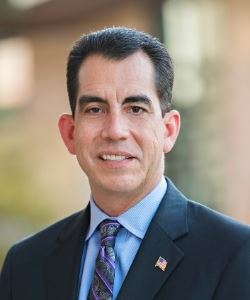 Mayor Pro Tem Rodriguez brings a wealth of experience from the public and private sector to his service on the City Council. He currently serves as the Chief Executive Officer of the Building Industry Association of Southern California Baldy View Chapter. His professional experience also includes years of collaborating with a variety of businesses and federal, state, and local government agencies while serving as a senior executive of a statewide public affairs firm. Mayor Pro Tem Rodriguez also worked in Sacramento as a senior communications director in the California State Senate, where he advised legislators on media relations and helped craft public information materials. Additionally, he served as an adjunct faculty member and taught communication courses at California State University, Fullerton.