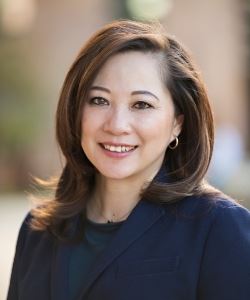 Mayor Peggy Huang is passionate about serving the community, with a focus on advocacy for abused, neglected, and developmentally delayed children. She is a Taiwanese native, but spent most of her adolescence and young adult years in Northern California. She is a 19-year resident of Yorba Linda.

Currently, Mayor Huang is a Deputy Attorney General in the Office of the Attorney General, Criminal Appeals, Trial, and Writs section. As a former Senate Fellow, Mayor Huang worked on the CALFED Bay-Delta project, which involved restoring the Bay-Delta ecosystem and water storage and delivery. As a trial attorney, she prosecuted individuals who abused and neglected clients in facilities licensed by the California Department of Social Services and represented foster children in juvenile court. She was involved in two bills, signed into law, that protected abused and neglected children.  In addition, she successfully advocated for the decoupling of the Child Welfare Entitlement (Title IV-B) from the Federal Welfare Reform Act and protecting the Social Security Block Grant (SSBG) from reduction to ensure funding for at-risk and foster children.

She received her undergraduate degree at the University of California, Berkeley, and her Juris Doctorate, as well as a specialized certificate of governmental affairs from the University of the Pacific, McGeorge School of Law.

Mayor Huang and her husband, Dr. James Huang, are the proud parents of two daughters.