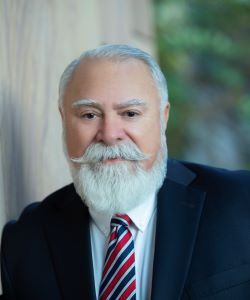 Mayor Gene Hernandez is passionate about serving the community through hands-on community volunteerism and world humanitarian travel. Born and raised in Burbank, California, Mayor Hernandez is a third-generation Californian and a 36-year resident of Yorba Linda.

Prior to his retirement, Mayor Hernandez worked in law enforcement for 34 years, retiring as the Chief of Police for the City of Chino, a position in which he served from 1998 to 2006. Before serving the City of Chino, Mayor Hernandez served the City of Orange, where he attained the rank of Captain after serving the Department in a variety of capacities, including: Detective, Motor Officer, SWAT Team Member and Team Leader, Accident Investigator, and Project Manager for the then-new Orange Police Facility. His law enforcement career began in the City of Fullerton.

Mayor Hernandez received a Master of Science Degree in Management from California State Polytechnic School, Pomona, and a Bachelor of Arts Degree in Administration of Criminal Justice from San Jose State University. He is a graduate of Class 15 of the California POST Command College and Class 154 of the F.B.I. National Academy.

Mayor Hernandez has been married for 53 years to his wife, Louise, and has three children and six grandchildren: all families residing in the City of Yorba Linda.